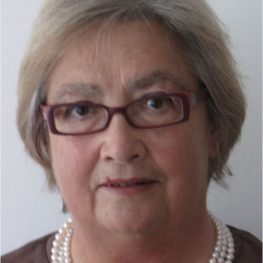 Margaret Stanley is Emeritus Professor of Epithelial Biology in the University of Cambridge and Honorary Fellow of Christs College, Cambridge. She attended the Universities of London, Bristol and Adelaide, she is a Fellow of the Academy of Medical Sciences and Honorary Fellow of the UK Royal College of Obstetricians and Gynaecologists. She has a lifetime award for contribution to research on cervical cancer and cervical precancers from the American Society for Colposcopy and Cytopathology  (ASCCP) and a lifetime award for achievement from the International Papillomavirus Society.

She has served on several UK Research Council committees and was a member of the Biology and Biotechnology Science Research Council from 2000-2003. She was a member of the Spongiform Encephalopathies Advisory Committee that advised the UK government on prion diseases (mad cow disease) from 2004-2010. In 2004 she was awarded the OBE for services to Virology. She was and still is a research scientist and her research has focussed on how the body defends itself against infections with HPV (human papillomavirus) the cause of cervical cancer in women, how to develop vaccines that prevent HPV infection as well as those that might treat HPV infection.

She is a consultant for the 3 companies that market HPV vaccines, MSD, SPMSD and GSK and for small biotech companies developing therapeutic vaccines.  She acts as the invited HPV expert for the HPV subcommittee of the Joint Committee on Vaccines and Immunisation in the UK.