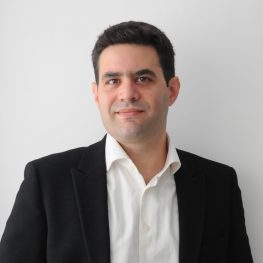 1st Department of Obstetrics and Gynecology, Aristotle University of Thessaloniki

Dr Kimon Chatzistamatiou is an academic consultant in the 1st Department of Obstetrics and Gynecology at the Aristotle University of Thessaloniki, Greece. He received his MD (2002) and PhD (2017) from the Medical School of the Aristotle University of Thessaloniki. He is board-certified in Obstetrics and Gynecology (2013), certified in colposcopy and cervical pathology (2014), and has overseen the lower genital tract clinic at “Papageorgiou” General Hospital in Thessaloniki, Greece, for the past three years.

For his doctoral thesis, graded “excellent with distinction”, he explored the utility of HPVE7 oncoprotein detection for the triage of women, tested high-risk HPV positive, to colposcopy, and has been the recipient of the University’s award for high academic standards and excellence.

Since 2011, he has participated in four nationwide multicenter studies in Greece:

He is a Board member of the Hellenic HPV Society, a non-profit scientific organization promoting HPV research and public awareness in Greece, and with this capacity he has been involved in numerous voluntary actions and initiatives within the community.